From sails to power boats, windmills to pump water, or water-driven wheels to power machinery that mills grains, humans have been using renewable energy sources for millennia. A significant amount of our energy production comes from non-renewable resources, such as oil, natural gas, and coal. The detrimental effects on public health and the environment from burning fossil fuels have prompted greater interest and investment in renewable energy sources, including solar, wind, and hydroelectric power though hydroelectric power is not considered in this lab. Scientists and engineers must address concerns about the inability of some renewable sources, notably solar power and wind power, to generate power consistently so there is equal interest in developing energy storage devices that can operate at grid-scale or hold sufficient energy to power entire communities for an extended time after being charged by a renewable energy source.

To produce a current, there must be a difference in the concentration of electrons between one area and another to cause their flow. In a silicon solar cell, a concentration difference is created using two types of silicon, p-type and n-type. The p-type silicon is created by adding atoms, such as boron, that have one fewer electron in their valence energy level than silicon has. As a result, a vacancy of electrons, or a hole, forms. The n-type silicon is created by adding atoms that have one more electron in their valence energy level than silicon has so that there is an excess of electrons that can move around the crystal structure and create an electrical current. In a solar cell, p-type and n-type silicon are sandwiched together to create a p-n junction, as shown in Figure 1 (Locke, 2008). The p-type area is positively charged, and the n-type area is negatively charged.

The design of a circuit determines its behavior. In this lab, one circuit design will increase the speed output of a motor and the other will increase the torque output of a motor. In electrical engineering, different electrical components are represented by different symbols. Figures 5 show the symbols for a battery, DC source, and capacitor. They are all forms of energy storage devices.

In a series circuit, as shown in Figure 6, the sum of the voltages across each element is equal to the voltage of the power source (2). Note that there is a singular path for current to flow through.

In a parallel circuit, as shown in Figure 7, the circuit's components are connected at opposing ends. The current that is supplied by the voltage source equals the current that flows through elements D and E.

The voltage across the elements that are parallel is the same (3). In comparison to a series circuit, a parallel circuit has multiple paths for the current to flow.

A digital multimeter will be used in this lab to read the current and voltage across components in circuits. Please read the Digital Multimeters Guidelines before performing this lab in order to understand how to properly operate a digital multimeter. Digital multimeters can measure either voltage or current, indicated by the symbols shown in the circuit diagram (Figure 8). 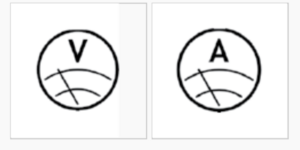 Figure 8: (l-r) Symbols for a Voltmeter and Ammeter

To measure the current across an electrical component, the multimeter must be placed in the circuit in series (Figure 10). As described in the Digital Multimeters Guidelines, ensure the leads are connected to the appropriate multimeter ports depending on which value is being measured. 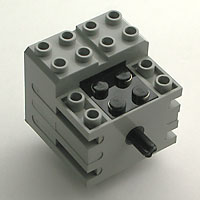 One type of renewable power source will be assigned and analyzed as determined by the TA. Using the digital multimeter, both voltage and current must be measured and recorded, and power must be calculated.

Figure 13: Circuit to Measure Voltage of the Wind Turbine

Figure 14: Circuit to Measure Circuit of the Wind Turbine

Figure 15: Circuit to Measure Voltage of the Solar Panel 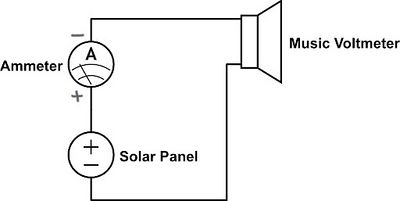 Figure 16: Circuit to Measure Current of the Solar Panel

In (5), distance, time, and cost are measured in feet, seconds, and US dollars respectively.