The motor provided in the lab is a 9V VEX motor that will operate with voltages lower than 9V with reduced torque and speed (Figure 10). A motor with no load draws 9 mA, and a stalled motor draws well over 350 mA. Increasing the voltage provided to the motor increases the speed. Increasing the current increases torque. 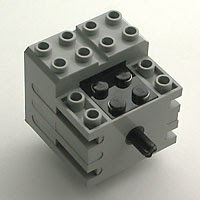 In order to create new circuits or copy an existing template of a circuit in Tinkercad, follow the steps below:

The physical wiring, voltage data, and current data for the wind turbine and the solar panel is given. Calculate the power for each power source.

Single Battery in Series with Multimeter

In this part, a thorough investigation on the historical trends of renewable energy consumption in the United States will be conducted based on statistical data from the U.S. Energy Information Administration (EIA). In accordance with the data, four graphs will be constructed: a line graph showing the yearly trend for hydroelectric power, geothermal power, solar power, wind power, and biomass power, and a pie chart representing the 2019 distribution in renewable energy. These graphs will then be appended with data regarding fossil fuel energy consumption.

At the end of this case study there should be four graphs in total:

To receive extra credit, predict the expected yearly energy consumption of wind power and solar power for 2030, 2040, and 2050 using Excel. Justify the methodology used to make this prediction. To receive extra credit, this task must be completed with a reasonable justification before the end of the lab and also must be included in the team presentation.