The experimental objective of this lab is to design and construct a boom in Fusion 360 following the specifications provided. The boom will be entered in a competition against other booms in the section. The designs will be judged by a competition ratio that uses boom mass, boom length, and the generated reaction force while deflecting 20 cm. The design with the highest competition ratio wins.

A boom is used to lift and move heavy objects, often objects that are much heavier than the boom itself. Distributing the weight of the object, or the load, being lifted over the length of the boom is the main problem in boom design. The design must consider the load the boom will be required to lift, how high the load will be lifted, and whether the boom will move or remain stationary while loaded. 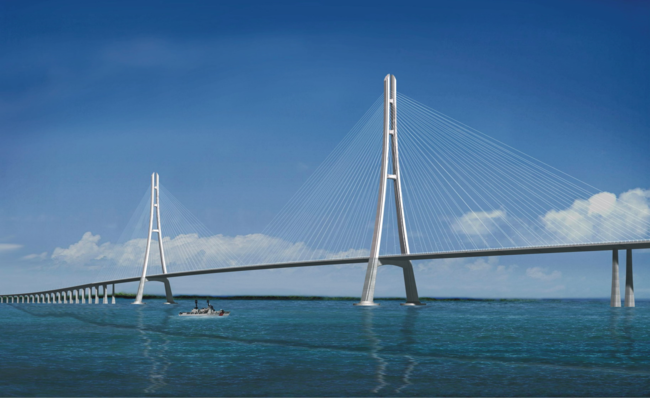 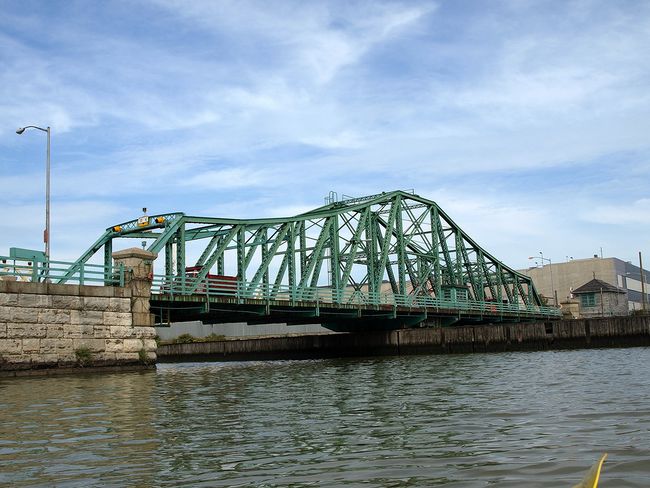 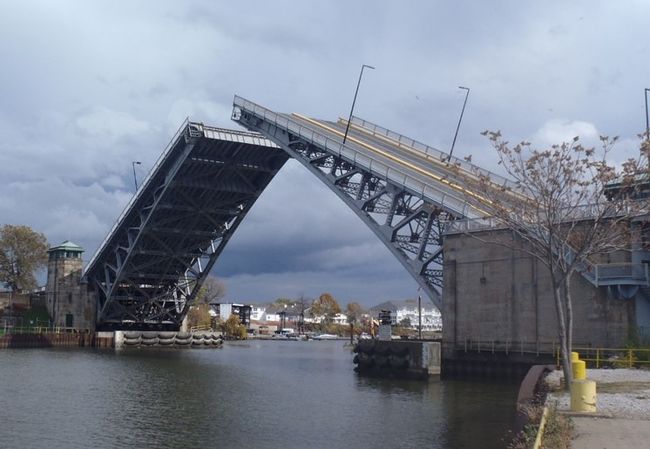 Not all bridges are booms. Suspension bridges use a deck that is supported by steel cables, not booms. Examples of suspension bridges are the Brooklyn Bridge, Manhattan Bridge, Verrazano-Narrows Bridge, and the George Washington Bridge. Cranes are the most common example of booms. The crane pictured in Figure 5 is a tower crane. These cranes are a fixture on construction sites around the world. A tower crane can lift a 40,000-pound load. It is attached to the ground by anchor bolts driven through a 400,000-pound concrete pad poured a few weeks before the crane is erected (Howstuffworks.com, 2003). 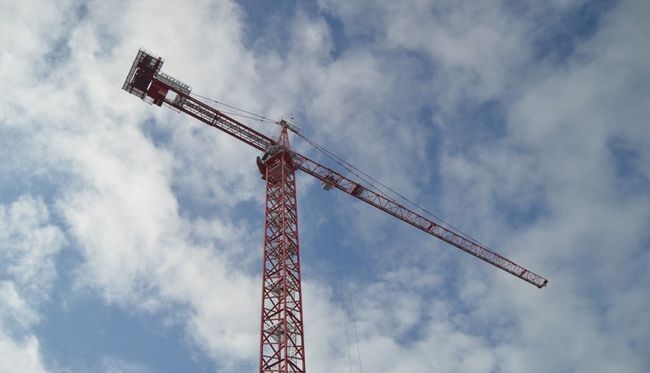 Figure 7: Rods of Material Under Stress

Strain is proportional to stress for small values of strain. The proportionality constant depends on the material being deformed and on the type of deformation. The proportionality constant is called the elastic modulus, or Young’s modulus. The moduli for different materials vary considerably and the various moduli for a particular material may also vary significantly. For example, concrete is very strong in compression, but less so in tension, and wood breaks quite easily when bent because its natural grain is anisotropic (properties depend on the direction of the material). 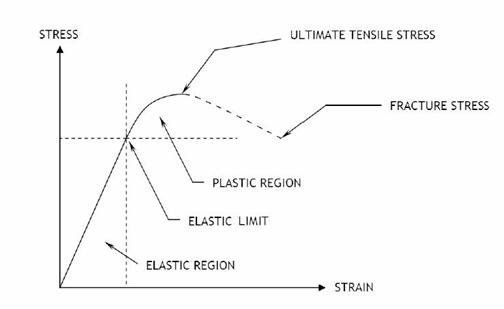 The elastic limit for a material is the maximum strain it can sustain before it becomes permanently deformed (i.e. if the stress is decreased, the object no longer returns to its original size and shape). If the stress is greater than the elastic limit, the material will plastically deform and for sufficiently large stress ultimately fail. The ultimate tensile strength is the maximum stress a material can undergo. The fracture stress is the point at which the material breaks under tension. Fracture stress is lower than the ultimate tensile strength because as strain increases, the material becomes thinner and thinner. As this necking down process continues, the load that can be supported decreases and the material breaks. In addition to these intrinsic material factors, the behavior of materials as they age and are used in service must be considered in boom design. These factors do not relate directly to the boom design in this lab, but they must be considered when deciding what material to use for an actual design. The loss of desirable properties through use, called fatigue, is important. Non-static loads, repeated loading and unloading, or loads that include vibrations or oscillations may lead to failure in service. Special care must be taken with live loads and situations where small motions may be magnified by design features. There are many factors to consider in any design project. When designing and constructing the boom for this competition, consider the materials being used and what might cause those materials to fail under a load.

An important tool in an engineer’s skillset is the use of simulation tools. Many designs require quick analyses that cannot be done by hand calculation or prototyping, so computer simulation is used. Simulation saves both time and money as only a computer is required to make complex calculations that can accurately predict the performance of a design. Specifically, finite element analysis (FEA) is used, which splits a design into small polygonal components (called a mesh) and solves them all simultaneously to get a complete look at the design’s performance under stress. FEA will be explored more in depth in Lab 4. Fusion 360’s Simulation workspace will be used to run a steady state simulation on the boom in order to study the mechanical motion and static state of the boom under a load.

The winning design will be determined by the design ratio (4), which uses the weight ratio and boom length in meters divided by 1.5 m.

The following are the materials that can be used in Fusion 360: 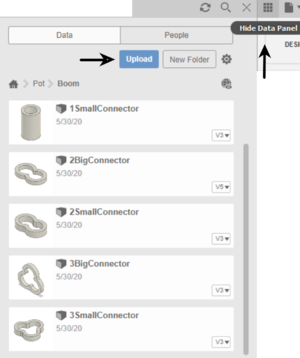 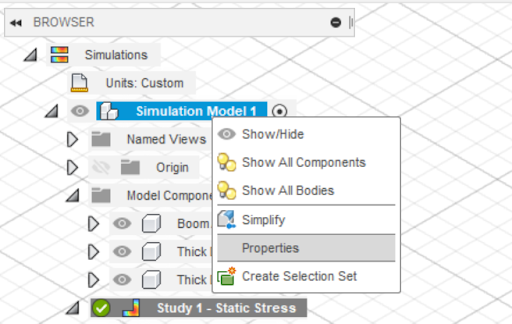 Take a screenshot of the designed boom and send it to a TA. The lab work is now complete. Refer to the Assignment section for the instructions needed to prepare the lab report.