The experimental objective of this lab is to design a combinational logic circuit that will activate under specific conditions and test it using LabVIEW. After testing, it will be built on the NI-ELVIS II+ prototyping board.

Your goal is to become familiar with the principles of digital logic and digital logic circuits. Understanding how logic gates work is critical to this process.

The first step in understanding the digital circuits that control the function of elec­tronic devices is the mastery of Boolean logic. George Boole, an English mathemati­cian, established modern symbolic logic in 1854 with the publication of his paper, "Laws of Thought." Now called Boolean algebra, it is the foundation of digital circuitry. Boole's method of logical inference enables us to draw conclusions from any proposition involving any number of terms. Boolean logic demonstrates that our con­clusions are logically contained in our original premises.1

In Boolean logic, there are only two values, true and false, represented by the numbers 1 and 0, respectively. These values are combined in equations to yield results that also have these two values. The equations are represented by truth tables that show the inputs to the equation and the outputs produced for those inputs. The rows of the table con­tain all the possible combinations of 1s and 0s for the inputs. The number of rows is determined by the number of possible combinations.

Boolean logic is applied to digital circuitry through the use of simple logic gates. There are symbols for each of these types of gates, and the connections between them are represented by lines running from the output of one gate to the input of the other. A line can connect only one output to each input. There are seven of these gates: the NOT, AND, OR, NAND, NOR, XOR, and XNOR gates. We will limit our discussion to the first three.

The NOT gate is the simplest of these three. It is an inverter. It takes one only input and produces its opposite as output. Its symbol looks like this:

The truth table for a NOT gate has one input, which we'll call A, and one output. The symbol for the operation is a horizontal bar over the variable, so the truth table looks like this:

This gate has two inputs, which we'll call A and B, and one output. The symbol for the AND operation is a dot(·) or just has the two inputs one after the other with nothing between them. The truth table looks like this:

Finally, the OR gate performs an or operation on its inputs. Like English, if either of the inputs is true, then the output is also true. However, if ALL the inputs are false, the output is also false. An OR gate can have two or more inputs, but for this lab, we'll only use two inputs. The symbol for an OR gate looks like this:

This gate has two inputs, which we'll call A and B, and one output. The symbol for the OR operation is a plus(+). The truth table looks like this:

The truth table attached to each of these gates indicates the circumstances under which the gate will return a value of true. We'll use these tables to write a Boolean equation for our problem. All the combina­tions that yield an output of 1 are kept, and the equation is written. This is called a Sum of Products solution.

Note: If we use zeroes instead of ones, we'll get a Product of Sums solution, which is beyond the scope of this description.

We can make a Boolean equation that is a solution to a problem in digital logic by forming a truth table of our own, where we show every possible combination of inputs and what their corresponding outputs should be. Once that is accomplished, we will simplify our equation using a Karnaugh Map (K-Map). This tool is used to devise a simplified Boolean equation which identi­fies and removes all the conditions that do not contribute to the solution. This final equation is the one used to build the digital circuit, and will be a combination of the gates described above.

A K-Map is a two dimensional representation of the truth table that allows us to see common characteristics of the inputs, and allows us to simplify the digital logic which would implement the truth table. For an equation with three inputs, we usually show the all the combinations of first two inputs as four columns, and the third input values as two rows. For four inputs, we would show all the combinations of the third and fourth inputs as four rows. Only one value can change at a time in adjacent rows or columns. For example, consider the following truth table, where A, B, and C are the inputs and O is the output:

This table looks complex, but it can be simplified. We'll make the K-Map for this truth table:

Next, we'll look for cells that have things in common. For example, the entire bottom row has ones in all its cells. This means that any time C is true, the output is true. We can do this in a more organized manner. Look for cells that form rectangles, where the number of cells in the rectangle is a power of 2: 1, 2, 4, 8, etc. The bottom row is an example of this. If you look further, you'll see another small rectangle of 2 cells in the column with 1 1 at the top. What this means is that the ouput is true whenever A and B are true. The rectangles are allowed to overlap, so you might use the same cells more than once, which happened here. You should look for the biggest rectangles first, and keep finding smaller retangles until all the cells with a 1 in them are used. This means that sometimes just single cells will remain at the end. In this case we were lucky because we could cover all the cells containing a a with just these two rectangles.

What this means is that if the conditions for either rectangle are true, the output will be true. Looking at the row and column labels, the bottom row is C, and for the colum, the header is AB. This leads to the simplified Boolean equation:

This equation meets the conditions in the truth table, and achieves the desired result with the minimum number of logic elements.

Follow the presentation guidelines laid out in the page called EG1003 Lab Presentation Format in the Introduction to Technical Presentations section of this manual. When you are preparing your presentation, consider the following points:

Remember: You are required to take notes. Experimental details are easily forgotten unless written down. EG Standard Note Paper can be downloaded and printed from the the EG Web site. Use your lab notes to write the Procedure section of your lab report. At the end of each lab your TA will scan your lab notes and upload them to the Lab Documents section of the EG Website. You must attach your lab notes at the end of your lab report (use the "Insert Object" command in MS Word after your Conclusion). Keeping careful notes is an essential component of all scientific practice.

An ATM has three options: to print a statement, withdraw money, or deposit money. The ATM will charge you $1 if you:

You should compare this equation with the truth table to make sure you understand how this works.

You should compare this K-Map with the equation to see why some cells are 1 and the others are 0.

Note: Always try to group the greatest number of neighbors in powers of 2.

To create a simplified Boolean equation, you must first group all the combinations together and eliminate those that contain both values of a variable. For example, for the big box in the middle, W is always true, but the box includes both the true and false values of P and D. This means that if W is true, the values of P and D don't matter since all their combinations are included. Similarly, for the small box, if P is true and D is false, the value of W doesn't matter since both its true and false values are included in the box. Putting this together, if W is true, or P is true and D is false, the output should be true, and this covers all the input conditions required to make a true output. We can now write this as a simplified Boolean equation:

As you can see, this equation is much simpler than the equation we started with, but is fully equivalent to it.

This is shown in Figure 4.

A farmer owns a 350-acre dairy farm in upstate New York. In addition to milk and butter, the farmer sells fresh eggs at the Union Square Greenmarket in Manhattan. It is imperative that the farmer protects the hen that lays his golden eggs.

He has two barns, one hen, and a supply of corn. A fox has been attempting to eat the hen by hiding in a barn. The hen can move freely from one barn to the other. Farmer Georgi sometimes stores corn in one barn, and sometimes in the other, but he never stores it in both at the same time. The hen would like the corn; the fox would like to eat the hen. Farmer Georgi has hired you to design an alarm system that uses digital logic circuits to protect the hen and the corn. Your design should use the fewest gates and input variables possible. The alarm will sound if:

The Breadboard is set up in the following manner: 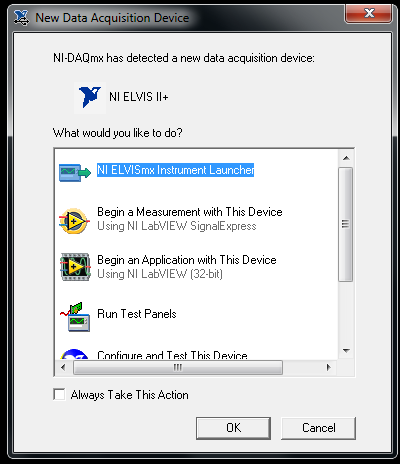 Your lab work is now complete. Please clean up your workstation. Return all unused materials to your TA. Refer to section 3 Your Assignment for the instructions you need to prepare your lab report.