The experimental objective is to evaluate different types of energy storage and different sources of renewable energy. Design a renewable energy vehicle using the power sources and power storage devices provided in the lab to compete in a competition within the section.

Figure 3: This is the internal structure of a fuel cell [4]

Sunlight, like any other types of light contains energy. Typically when the sunlight hits an object the energy that it contains is converted into heat. However certain materials can convert the energy into electrical current, and in this form we can harness it and store it as energy. Some solar panels are made out of large crystalline structures using the material silicon. The silicon on the solar panels would capture the free electrons from sunlight creating a potential difference between two plates. The silicon can convert a large amount of the sunlight into electrical energy but it was not cost effective because it is expensive to produce solar panels using silicon.[2]

Another common material used to create solar panels is the material Copper indium gallium (di)selenide (CIGS), which has a smaller crystalline structure but are less expensive. CIGS are relatively flexible and can easily be shaped into flexible films. The use of CIGS to make solar panels is referred to as thin-film solar technology because of its flexible nature. However CIGS are not as good at converting the absorbed light into electrical current compared to silicon, but for mass production purposes CIGS solar panels would be the more cost effective approach to produce solar panels for frequent use. [2]

Figure 1: A solar panel made using silicon is shown to have a change of electron flow as photons are being absorbed by the plate.

Figure 2: The internal structure of an electrical generator [3]

Similar to wind turbines, hydroelectric power uses water turbines to harness the energy from moving water. A standard hydro plant consists of a three-part system: an electric plant, a dam to control water flow, and a reservoir. As the water flows from the reservoir through the dam it causes the blades in a turbine to turn, which then spins a generator to produce electricity. Depending on how much water is flowing through the system the amount of electricity generated will change. 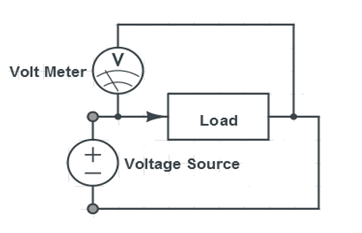 Note: Wiring according to the voltage-reading circuit while the DMM is still in its ammeter setting will cause the fuse to blow and render that DMM unusable. Be careful when measuring the two properties.

Before entering the competition, test if your motor is working.